Sounds like a conundrum but it is indeed possible!

I'm late for work again, jump into my car, lunch in one hand keys in the other, with a slice of toast between my teeth I hit the ignition, bounce off the the rev limiter a couple of times, drop the clutch, hit boost before the front gate, gone...

I get away with this a few times due to a slight  film of oil which hasn't drained into the sump during the night until one day on the way to work I start to hear a metallic sound from my turbocharger; concerned, I ring a turbocharger specialist who just happens to be myself for an explanation of the possible noise.

One of the questions he asks me is whether during "cold start", I allowed the engine to warm up before revving it and I reply rarely because I'm always in a hurry to get to work.

Then the turbo dude explains; on average, the inside of a turbocharger doesn't see oil for about 5 to 15 seconds which I know from testing numerous vehicles. There are a few variables affecting this delay, hot or cold day, oil temperature / viscosity, the distance and route the oil needs to travel before reaching the turbocharger, excessive clearances elsewhere in the engine just to mention a few.

Overnight, the oil drains out of the turbocharger into the sump and leaves only a thin film of oil covering the inside components of the turbo as mentioned above but enough to allow for a safe low RPM start up. Revving the engine hard at start up forces the wheels & shaft to rapidly spin up to around 100,000 RPM, give or take, with no oil pressure inside the turbo for those few seconds.

This will cause the clearances between the shaft and bearing(s) to increase due to abrasive wear from metal to metal contact. The wear is more prevalent on the rear turbine side since the turbine wheel is much heavier than the front compressor wheel and also more on the inside diameter of the bearing than the outer diameter since the inside diameter is the last place to see oil pressure and of course that's the location where the shaft spins.

There is a prenuptial agreement between oil pressure and clearances for their relationship to last;  oil pressure is fairly constant up to about .002 thousands of an inch, increase the clearance and you lose oil pressure exponentially until it arrives at a point when the turbine wheel starts to gyrate until it rubs against other parts of the turbocharger causing a metallic sound as per the enquiry above. Unfortunately by this time all the other components inside the turbocharger including the compressor wheel, bearing housing and back-plate etc. have all sustained damage.

Oil starvation is easy enough to diagnose from inspection of the worn components. The reason however can be problematic to diagnose since an oil pressure and flow test will show no signs of oil starvation given that the turbo failed due to momentary oil starvation by the manner in which the vehicle was started and driven whilst cold. I mention cold, in addition to momentary oil starvation which is more related to time, because oil has a minimum and maximum temperature within which it operates correctly. In fact some massive and/or multiple oil coolers can cause the oil too run too cold and not operate as it should.

Experience has taught us this but a mechanic who is unfamiliar with turbocharged vehicles maybe chasing his tail for some time looking for an oil pressure problem before he realises the driver is in fact the cause of the problem.

Anyway after an expensive lesson learned, I now let my car warm up at idle and drive it easy until the engine is running at its proper operating temperature and haven't had a problem since other than being sacked at work for being late so often. 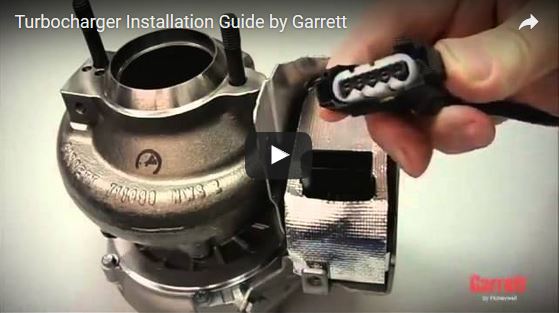